Basically you break the students up into groups of three. One group is "Weathering" another group is "Erosion" and the third group is "Deposition". 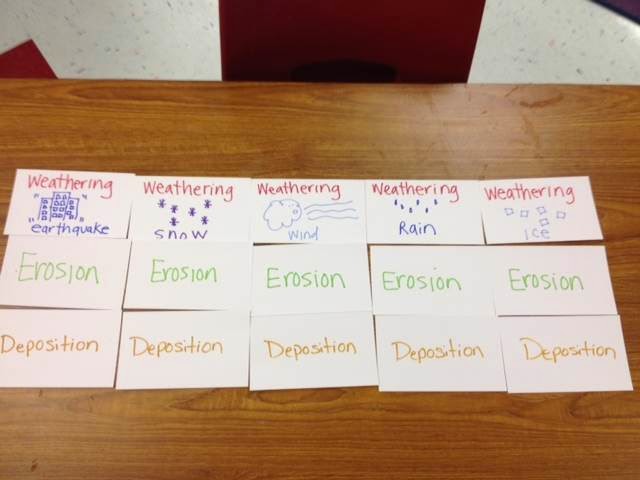 Add tape to the back because you are going to stick them to the forehead of the children in each group. 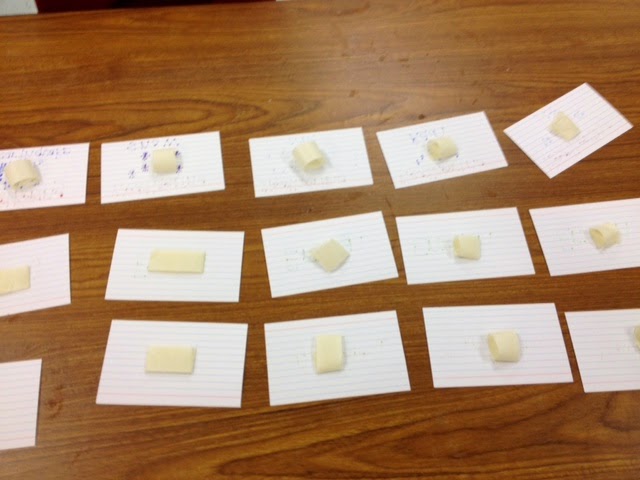 The "weathering" students get a sheet of paper that is their "rock" they will be breaking down. 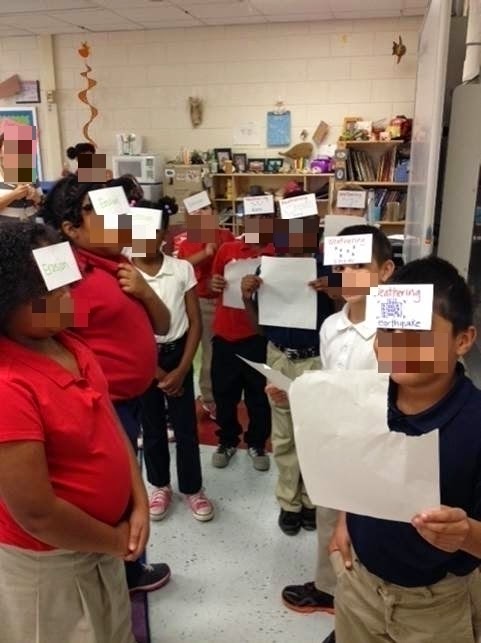 Note: “Weathering” students can only rip it into tiny pieces and hand it to the “Erosion” student one piece at a time (no ripping it all over the floor!). 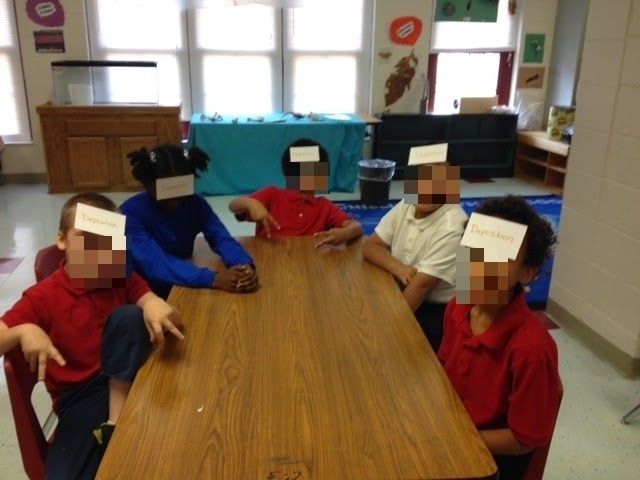 In my activity I made one of the weathering students the "earthquake" student. They weren't allowed to do ANYTHING until 2 minutes were up (I set a timer). Once the timer went off that student, and that student only, could rip a huge chunk of their "rock" off and give it to their "erosion" person. Once they were done I had people rotate jobs.

Here is what students learned:

1. Weathering breaks down rocks
2. Erosion moves the pieces
3. Deposition creates new land forms with those pieces (in our case a beach)

1. The process would take a lot of time
2. Earthquakes were rarer, hence the 2 minute intervals
3. Earthquakes broke off larger chunks then normal due to their violent nature

The students LOVED running back and forth and wearing name tags on their head. A pre and post conversation showed how much clearer their understanding was of the three terms AFTER the activity.