The Art and Craft of Selling in a Teacher Marketplace 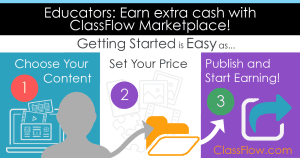 On my radar this year is putting together work to sell in teacher marketplaces. I tried it “back in the day” when Teachers Pay Teachers were turning out millionaires like Deanna Jump.

In my exploratory phase (July 2012) I made an account and put up eight items (five free items and three paid items) with the last thing posted being (July 2014) – as you can see I haven’t really tackled it in a while (and I will go into the reasons why). My total earnings for my three paid items have been to date: $618.

Most of my items have to do with science notebooking in one way or another.

I gave up, or put it on hold in 2014, for several reasons…I was starting a second master’s program, I was raising a son, I switched jobs, etc. The real reason I gave up is that it is HARD and TIME CONSUMING (two of my least favorite adjectives).

The main reason why it is HARD and TIME CONSUMING is that the work has to be original (or at least labeled for commercial reselling) – from wording, to clipart, and fonts.

As a teacher I can honestly tell you that most of the resources I use in my classroom has been pirated in one form or another. I take an idea from Pinterest, I get cute fonts from different sites, I add pictures to my presentations from google images…without a care or worry in the world! Now I am trying to enter a world where I can make money from these things…but they aren’t my things (so I could be sued…and I don’t want to be sued).

I’ve kept my “store” open on TpT and always had it in the back of my mind to (when my life settled down) give it another go.

Well this year I am giving it another go. This is in large part to becoming a ClassFlow Ambassador. ClassFlow has opened up a Teacher Marketplace and part of my Ambassador requirements is to post two items in the marketplace each month (either paid or free). I don’t mind the obligation because it is “forcing” me to do something I have wanted to get back into and it is helping me really get to know the ClassFlow software. Although not as established as TpT, I feel their Marketplace has potential (because this month the Promethean Planet websitemerges with the ClassFlow website directing thousands of new users to the Marketplace). I also really like having a deadline (two products a month…it is a lot more specific then “I want to sell stuff”).

So now I am back to my original problem of creating work using resources labeled for commercial reuse. I started doing some research on how other sellers go about finding their resources. I started at the top with advice from Deanna Jump. I found the advice too generic. I need SPECIFICS. Luckily I came across this post which had some really good practical advice, which I used in my first product – Site Word Bingo Cards. I used font from a seller she suggested and I used images from https://pixabay.com/ (which someone in a chat room suggested).  I modified that first product and made a second completely digital product – Site Word Gaming.

My big AHA moment, as I put together these two products, is that I am not graphically creative (I actually knew that but this was more of a harsh reminder). If you are one of these graphically challenged people you can do what I did…look at graphic design elements from other sellers. You can’t outright copy but I found I liked a color blocking idea in one and the use of circles and the placement of words in another. I sort of combined those into a something that looked somewhat creative. 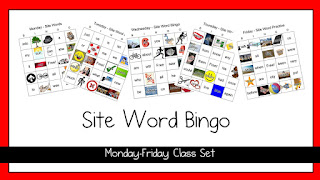 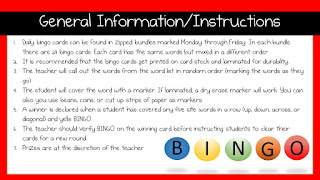 Bottom line my advice in the art and craft of selling in a teacher marketplace is:

Unknown said…
Thank you for keeping your information/advice/knowledge/lesson plans free. I'd pay millions (well maybe not millions--don't have them) but logging into your blog is so much easier than searching TPT. Nothing wrong with being entrepreneurial but thank you for your free info/advice/knowledge/lesson plans etc.
September 19, 2016 at 9:38 PM