Many years ago I hear of a site called Fiverr which offers services from around the world such as creating logos to website design and voice over talent. I thought it was a very cool concept but had no use for it...until recently.

A co-worker and I decided to create an EdTech podcast this school year as another form of communication with teachers at our schools. Currently we have a monthly newsletter and a closed EdTech Facebook group. I jumped on the idea. I have been wanting to podcast and record with students and I was hoping this would give me some hands-on trial and error experience with it.

I took a stab a designing a few logos for our show, which we are calling PodCATS (Portable on Demand Curriculum and Technology Show).

Here were my first attempts:

I sent it to a friend of mine, who also took a stab at it and she came up with this: 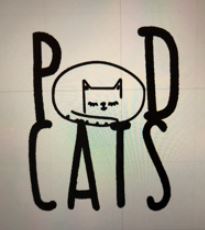 We really liked her version but we wanted to add headphones on the cat and I drew the concept: 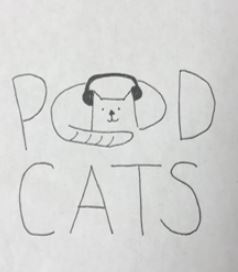 She had used clipart to design the logo but we needed someone to draw headphones onto the cat and that is when we turned to Fiverr.

The site has so many people who can design logos that we had to apply filters. The site prices start at $5 (hence the name) and goes up.So we set the filters to $5 to $25. From there we started to look at designs and what we would get. We needed a JPEG and PNG file because we were going to have it put on shirts and use it in various digital formats. We went with inovation_gfx1 a graphic designer from Pakistan. We liked his whimsical designs and he offered everything we needed, including unlimited revisions and a fast turnaround time, for $12. We sent him the original concept and our revised one and within 24 hours we had his first draft. 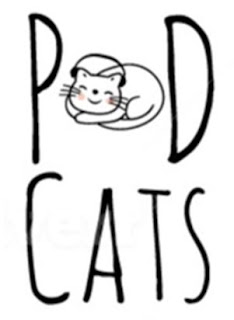 We sent back some minor revisions and in less than 24 hours we had our final design. 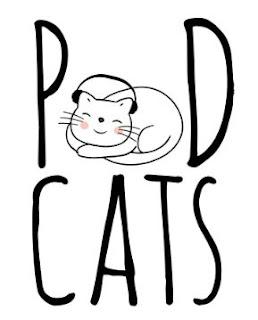 Once I finalized the design within Fiverr and rated the seller I was sent all the source files (JPEG and PNG).

The only thing I wasn't prepared for, but it makes sense, was message during the finalize stage that it is customary to tip your provider if you are happy with their service and gives you several dollar amounts to choose from (there is a service fee for the tipping...I want to say $2).

Since I was very happy with his design, speed, and communication I tipped him the max amount. Since we were willing to pay up to $25 I was fine with doubling his initial rate of $12.

If you are looking to use Fiverr here are some of my recommendations:

- Make sure you have a sketch of what you want to send to the designer. Pictures work better than words.
- Filter by the amount of money you are willing to spend when looking for a designer (factor in tipping at the end).
- Pick someone within the first five designers that you look at, otherwise you could be looking at portfolios for weeks (we stopped at three because we saw what a slippery slope browsing was going to be).
- Most designers are using English as a second language so try to be as specific as possible in your writing.
- If your end goal is to have your design on a shirt or hat you need to keep your lines and colors simple. I had a friend make a shirt and coozie and our design was simple enough for her complete with her Circuit. We had pink cheeks on our cat and she had to cut those out separate from the main design and do some layering. 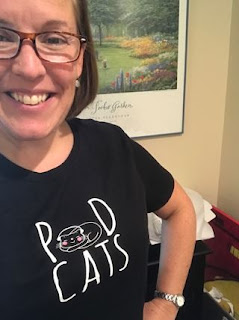 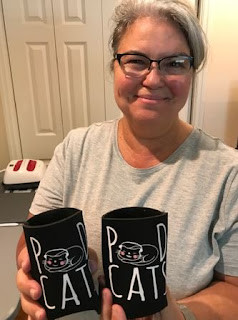 - Look for turnaround time, type of source files you are getting, and number of revisions included in the price. Keep in mind even though we go an unlimited amount of revisions we kept them minimal intentionally in order to get the design back in a timely manner and to not bog down the designer in the minutiae of tweaking a design to the point of irritation on the designers end.

Overall I was super pleased with my first experience with Fiverr and would definitely try it again.