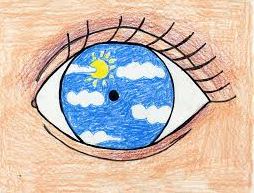 As far as I can tell the original idea stemmed from the drawing above. Apparently someone posted it on Pinterest and noted that it could be used for a point of view activity. Instead of the clouds and sun in the eye the student would draw what a character in the story or in history might see from their perspective. Brilliant!!!!

So for the Boston Tea Party the eye would be that of a British solider or supporter of the King. What a great way to teach that there is always two sides to every story. I think I would want students to explain what they were "seeing" on the back. 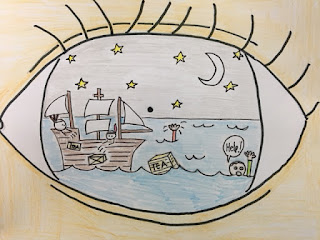 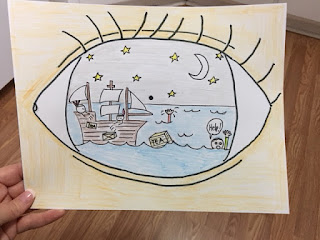 In my Boston Tea Party lesson plan I would have students write a letter home on the back as if they were a British citizen, solider, or sympathizer and explain their drawing in a creative way. For example I might write: 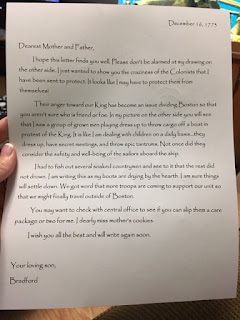 I can't wait to try it . It could be used in a notebook as well with the eye on one side and the explanation on the other. If I get some good responses I will post them.