Rice Round Up Game 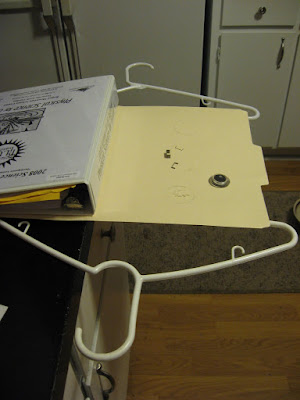 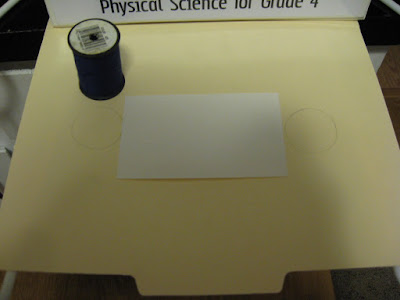 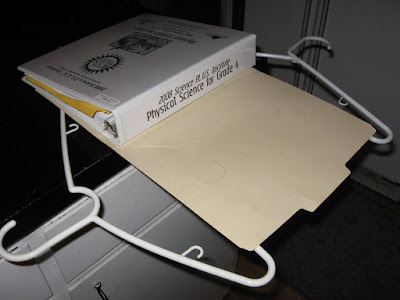 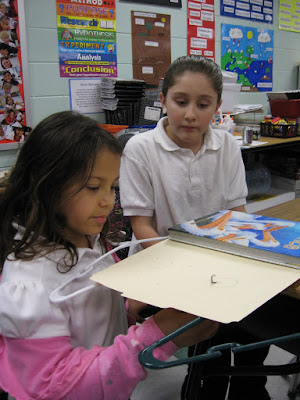 This is a fun game that demonstrates that a magnet's field can go through objects. It can be found in the TOPS Magnetism Book ($16) from their website.
I am a huge fan of the TOPS books (I have and use their electricity one as well) because the experiments are simple and use common household items that are not expensive.
It would be worth purchasing the books that would apply to your grade level out of grade level money, asking the media specialist to purchase them for your professional development library, or hitting up your science lab teacher or coach to get them for his/her classroom (then you can borrow without spending your own money). Worse case scenario...and I have done this before...is find teachers in your grade level who would be willing to each buy a different book and then share when they arrive.
RICE ROUNDUP
This is a fairly simple game but the set up needs to be explained. This is how I did it.
I showed students step-by-step how to set up their board (I had already premade the circles) and how to play. I left a sample board set up at the front of the room so that students could reference it as I was helping others. My last class of the day is short and I set up all the boards for them when they were at specials, which sped up process of playing.
I partnered students using their clock partners and gave them their tray of supplies - 2 coat hangers (plastic not metal or you could use two rulers...not the bending ones), textbook, plate of rice, one magnet, staples, and a file folder.
After they had set up their board they could take turns practicing until all boards were set up. When that was done they had to decide who would go first. The person who went first had to put their hands on their head while their partner put the rice in the circle. Their partner was to watch them careful to ensure no cheating throughout the game.
I set the timer for 5 minutes (which I found too long so next time I would bump it down to 4 or 3 minutes) and said "Go". If a child was done early then their partner could practice until the game was called at the end of the five minutes.
Students then switched with their partner and the timer was set for another five minutes. The person with the most rice in the second circle was the winner.
What I did was after the first round I had students switch magnets - some had bar magnets, some small circle magnet, some large circle magnets to see if that made any difference. We discussed their opinion about which magnet worked better and why (no right or wrong answer).
This was not an "all day" activity but could be used like I did in conjunction with a Bill Nye video or quiz/test.