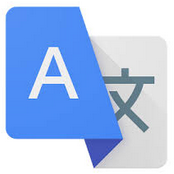 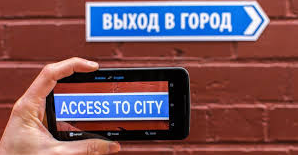 I attend a Google Apps for the iPad at ISTE (click for full presentation) mainly because my boss asked me to. This year I have had a love/hate relationship with Google apps on the iPad (up until recently...it was hate) and I think she was trying to turn my thinking around mainly because we are a GAFE (Google Apps For Education) school district. However last year it seemed everything I wanted to do using Google with the iPads has been troublesome. For example, the Google Slides app wouldn't allow you to put in pictures. WHAT?!?!...You can imagine the four letter words I was thinking when I discovered THAT!. I couldn't get Google Classroom to play with the other apps (like Notability...which we use a lot with students). I pretty much gave up and have been promoting Edomodo as our classroom management platform, at least in our iPad classrooms (grades 3-5).

Thankfully I ran into several teachers/presenters at ISTE that assured me that these problems have been addressed and fixed (when the presenter mentioned the picture problem had been fixed there was an eruption of clapping in the room...so apparently I wasn't the only one frustrated :). I haven't tried the PDF to Notability linkup yet but a teacher swears it works now.

The presentation was a little overwhelming..she went through a lot of things - some of which I already knew (which is why I bookmarked her presentation because I started to zone out at the things I knew). I'm not going to lie though once she showed the Google Translate app I perked up and got distracted :). In my defense the two people I was with got distracted by something they thought was cool in the presentation (For my friend Beth it was the PhotoSphere App - where you can take 360 degree photos - and she proceeded to play with the app annoyingly while we were walking around Philadelphia. My friend Rebecca got distracted by Google Cardboard and was trying to figure out ways to use it with old iPod touches they have at their school...FYI...you can't...which made her sad).

Back to Google Translate...

Several years ago I took a trip to Japan and it would have been the most useful app particularly when looking at signs and menus (although a reporter posted this YouTube video on her use of the app in that country). My favorite hole-in-the-wall Mexican place for lunch is Spanish only (I went the other day to try out the app only to find the only day they are closed!).

It got me thinking of ways to use it in the classroom. We have a very high Spanish speaking population in several of our schools and I was wondering if students could point it to text and instructions and have them translate (I'm playing with that now with passages from ReadWorks). I also liked the voice translate and need to play with it with one of our Spanish speaking tech coaches to see how accurate it is - can we conduct a full conversation using the app? This BBC video on YouTube testing the app makes me think that it would only be useful in the most basic of conversations but that might be enough in the classroom.

Once I have investigated it more I'll make a recommendation to have it added to to our app list in our schools and showcase how it is being used.