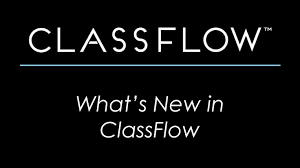 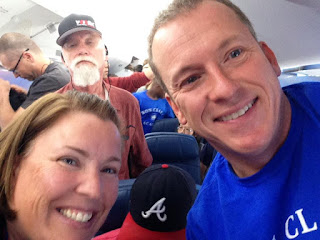 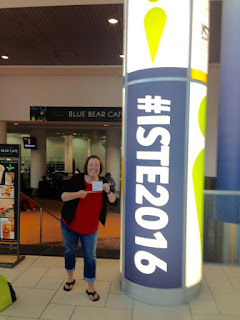 I was very fortunate to attend ISTE (the International Society for Technology in Education) in Denver this year. Under normal circumstances I don't think I would have been able to go (particularly since I went to the conference in Philadelphia last year) but my proposal to present was picked up and my department approved the trip (Yay!).

Last year, as a way to curate all the ideas I was getting, I blogged about my top 10 take-a-ways from the conference. I thought I would do the same this year. So here it goes...#10 - ClassFlow (the list is in no particular order):

ClassFlow is one of my favorite classroom tools. They are part of the Promethean world but it looks like they are in the process of re-branding using the ClassFlow name instead of Promethean. In 2014 I wrote a blog post about the product and I have pushed it heavily in our district since we have become 1:1.

At ISTE the ClassFlow folks had a large exhibit hall display that featured Ron Clark and his Academy students using the ClassFlow product. On a side note, I lucked out and flew on a plane out of Atlanta with the whole Ron Clark crew and managed to snag a picture and engage in a conversation with one of his students (#teachergeekoutmoment).

Prior to arriving in Denver an invitation came through an open email from ClassFlow asking for volunteers for a focus group while at ISTE and I jumped on it (it pays to read emails!). The development folks showed us many cool new features. My favorite was the new Activity Builder feature that has quite a few activities like sorting and matching. They will also have an open market place with the opportunity for teachers to buy and sell lesson (bit like Teachers Pay Teachers). What I didn’t know is that the ClassFlow folks have over 5,000 lesson they have built out (good to know they have that many high quality lessons that can be used for free...I knew they had lesson just not that many). They are also building “ClassFlow Moments”. It is a bit of a one stop shop for teachers where they can use the “Moments” features to communicate with parents (like Remind), assign badges (like ClassDojo), communicate assignments and chat with students (like Edmodo). So instead of going to multiple sites to do these things you can do it all in one site. They also have a new'ish (I downloaded it in February but never used it) ClassFlow desktop feature, that I am excited to explore. It will allow you and your students to engage with content that you have on your desktop. For example, if you pull up a verb activity sheet on the fly you can push it out to students and have them engage with the material from your desktop (instead of building out a lesson). This would be a way to use ClassFlow with our Google Classrooms. Bottom line…there are a lot of cool new features that I clearly need to explore, master, and promote at the beginning of the school year.

Probably the biggest thing I made a note of is that in August the site www.prometheanplanet.com will be migrating to the ClassFlow website (hence the re-branding comment earlier). This is BIG NEWS that our teachers will need to know since we use that website A LOT. They will have plenty of announcements about the transition on the site and via emails.

I was told that all the new features will be available at the beginning of this school year (they are not available to explore at the moment).

jennibell said…
Eve,
Thank you for the information that you so freely give here on this blog! I was our school's K-5 technology teacher last year and referred back to your blog many times. I interviewed for a job last week that brought the technology teacher into the classroom (which sounds like what you do) and I was able to give many ideas, based off ones that you have here.
http://jennisseasons.blogspot.com/2016/06/my-2015-16-school-year.html
Can't wait to try a group Kahoot!
Jenni
July 2, 2016 at 7:19 AM