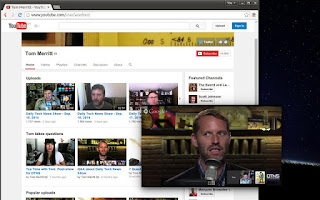 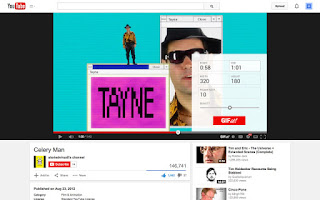 I took a Straight Outta of YouTube class put on by the Google Education folks (click on the link to see the slides of extensions that were highlighted). The two extensions that I thought I would use is Floating For YouTube and the GIFit extension.

Floating for YouTube allows you to float a YouTube video on the screen and work within another program at the same time. I thought this would be good for students if you ask them to take notes on a video. They could "float" the video...watch it...while taking notes in Word or Google Docs.

The other extension, GIFit, allows users to make a GIFs from a section of a YouTube video. I was playing with the idea of students creating stories using GIF's. I used this site to get free GIFs for my sample project but started running out of GIF's that would work. The idea of creating my own GIF's that I could use was appealing and something I plan to play with.