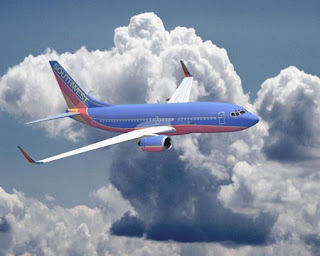 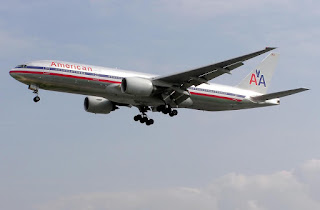 I traveled to Oregon for a wedding this summer and flew Southwest Airlines. While I was at the airport I noticed that Southwest and Alaskan Airlines had wings that were bent up at the end. When I looked at the other planes they had the traditional flat wing style. That got me thinking...does the bent wings make the plane perform better? (Southwest had their website listed on the bent part of the wing so it could have just been an elaborate advertising ploy :)
I know airplane experiments are popular but I liked the idea of showing pictures of real planes with different design styles and having students test them against traditional ones.
One airplane experiment I did in sixth grade was to have students test to see if the weight of paper affects the performance of the plane. I bought three different weights of paper from Staples and we compared them, weighed them, and tested them. It was a fun experiment (can't remember the results...will have to do that one again).

Amy said…
The "bent" part of the wing is called a winglet - it saves on fuel and costs thousands and thousands of dollars to install so it definitely is not a marketing ploy. It saves on the cost of fuel within the first year of putting them on the plane.
I work for an airline manufacturer in Canada and we install them on several airlines, like WestJet.
March 2, 2013 at 2:23 PM